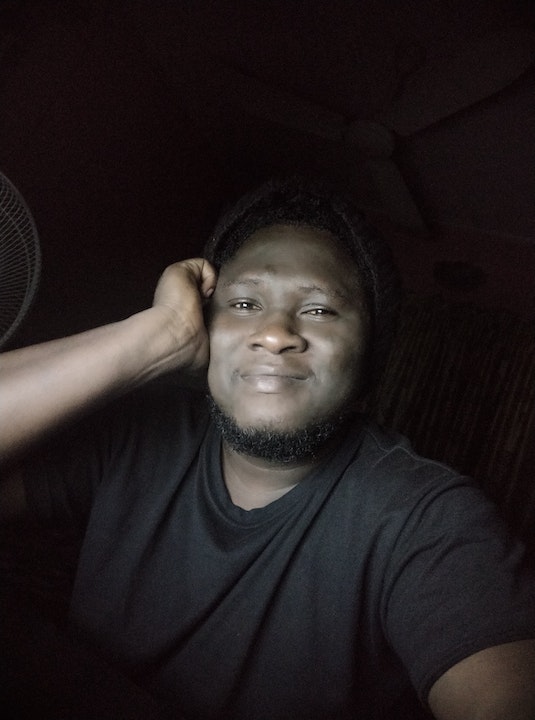 …mediocrity is more appealing to me than greatness. In my head, I want to be great but just the exact amount of “great” that feels like nothing has changed for me.

I have never been an overachiever in my life. I grew up a smart and intuitive child. But that was it. I never invented stuff in the corner of my room that wowed the adults. I was never even rebellious enough to get anyone's attention. I just maintained a level of normal that everyone else could acknowledge but never needed to stop and stare.

In fact, the first time I ever excelled at anything was in Primary 1, I think. By some stroke of luck, I made the first overall position in a class of about 20 pupils. I remember that day like it was yesterday. We went to school and our report cards were handed to us by our respective class mistresses and it was sealed, so we had to take it home for our parents to open.

I remember receiving mine and literally dashing down the road home to my parents' apartment on Road 3 Block 5b Imo Estate, Ajaokuta, Kogi State, not because I was excited –  I had no idea what my result inside the sealed document was –  but because I just wanted to go and drop the package, get undressed and then dressed back in my play clothes and head out to play soccer.

I remember my dad coming home from work later that evening and finding the document. I remember him smirking and announcing to me, "O boy! You came first in your class. That's good." he stretched his hands to shake mine with a warm smile. I remember faking a smile back because I had no idea what all the fuss was about, forgetting that earlier during my playtime, some of my other classmates who lived in the same estate had already open theirs and at one point, they had been trying to solve the mystery of who came first in our class.

"Wait, if Ebun came third and Muyiwa came forth and Tochukwu got second, who came first?" One of them had inquired.

It was a mystery to everyone including me, because I joined in, thoughtfully trying to solve the mystery and calling out possible names of other classmates that may have stolen the lead. And in no time during that did it ever occur to me or to my other classmates that the one person they were trying to find was there in their midst.

That was just how uneventful "greatness" was to me, in this case, greatness in the form of excellence. After that one flash in the pan, I never smelled the first three positions in class again. Apparently, a lot of my classmates who were considered the smartest never took kindly to the fact that I bested them and wasn’t even consciously trying hard to. Some years later, I took my common entrance exam in Primary 4 and came thirty-third (33rd) overall in the Ajaokuta Local Government axis, lagging gloriously behind two of my other classmates: one came 5th and the other 13th overall.

But none of this ever bothered me. I was never a bookworm, although I loved reading. I was an imaginative kid but all of it was channeled to my desire to draw back then. I was pretty good with the pencil and what started from tracing lines got easier as I learned to freestyle. But even in that I never desired anything extra. I drew in all my exercise books, ruining most of them to the point where my dad took me to school this one time, with a bag filled with exercise book leaves filled with my amateurish drawings just to report me to the headmistress, Mrs. Nnaji, for some good ole scolding.

I was scolded but for a while didn’t stop drawing. I only stopped using my exercise book for it. I got white cardboard sheets and soon enough I drew a pencil portrait of my dad and my mom on one of it then glued it to a perfectly rectangular brown box frame and hung it in our living room. Apparently, my dad was okay with that. He never disturbed me about drawing again.

But just when it began to appear as though I found something, I would and could be great at, I felt the need to not be. In my first year in the senior secondary school, I chose to go to the arts – Class F – and my dad agreed without a pushback. He saw how much I loved the drawing and figured I was following my heart. I thought so too.

However, the art class turned about to be less about drawing and more about writing long notes on Government and economics in a jampacked class where I was the shortest and youngest kid. I felt overwhelmed. I hated notes and I disliked crowded spaces. But I somehow still felt okay since it meant, in the sea of students, I could stay hidden in plain sight. I sat through tedious lectures that bored my ears out and once a week, I had the chance to go to the art gallery of the school to learn about art – real art.

Sadly, even the art gallery became less art-y. I discovered soon enough that art classes also needed notes. And I guess the art teacher, who attended the same church as my parents did, noticed the dissatisfaction in my demeanor a couple of times so much so she recommended that my parent push me to the sciences instead. But Class A was for the doctors and surgeons. I was none of that. So, I opted for the next best thing – something mundane that struck a balance between sciences and arts – the technical class: Class C.

In the next few months, the drawing subsided. I now had to use rulers, T-squares, and drawing boards. This was the new normal for me. No greatness. Just a familiar mediocrity that felt warm. I never was the best student. But I stayed afloat. I got good grades and improved on my math, thanks to the tutoring help of my neighbor, Mama Aisha. I began to see my father in me. He was the smart one. Math came to him easily. And since I was getting better at it, I reckoned, obviously, I would be a chip off the old block.

My dad was a Quantity Surveyor, so when I was asked what I would like to study at the University the first time ever, I picked something closer to what he did – Architecture. I figured since I could make model houses out of cardboard boxes, and there was some ounce of drawing involved, I could do well in that field. My folks agreed. I was to pursue Architecture.

But then life happened. Dad lost his job. I lost my familiar space of friends, classmates, street smells and the warm embrace of certainty as I was forced to move to a new town and a newer school. For the first time in my life, I left my parents nest, and on my first night in the boarding house of my new school, I remember crying like a baby. Soon enough, I got used to it. And sooner enough, I got too used to it. I started feeling more comfortable in solitude than being around people or loved ones. I never stopped loving them, but I stopped feeling wholesome in their presence.

So, after graduating from secondary school, every university application had me moving miles away from my home as the distance started becoming a familiar mediocrity: it had the illusion of ambition, but it was not. Every mile that separated me from those I cared about was a distance enough for them not to catch on to the fact that nothing about me was great, just average. And while I personally had no issue with being average and embracing my mediocrity, I reckoned those who loved me, would. They would all want me to be great and if it ever appeared to be that I was never too keen about it, they would make an attempt to motivate me, unbeknownst to them that the mediocrity they perceive was not borne out of a lack of motivation or morale but was birthed by my subconscious need to be quietly happy even if sometimes that means being quietly lonely.

I got into the university and majored in Mathematics. I was again average. No special math powers besides being one of the few who would ever dare to put that down as the course they wanted to study in their JAMB application. And before you knew it 4 years passed and with my honors, one would expect that I would go on to do greater things in the academic field, but like I said…in my head, I want to be great but just the exact amount of “great” that feels like nothing has changed for me.

But we seldom get what we want, do we? So, for now, I settle for nothing in the hopes that one-day greatness in just the exact amount that I require, will come. 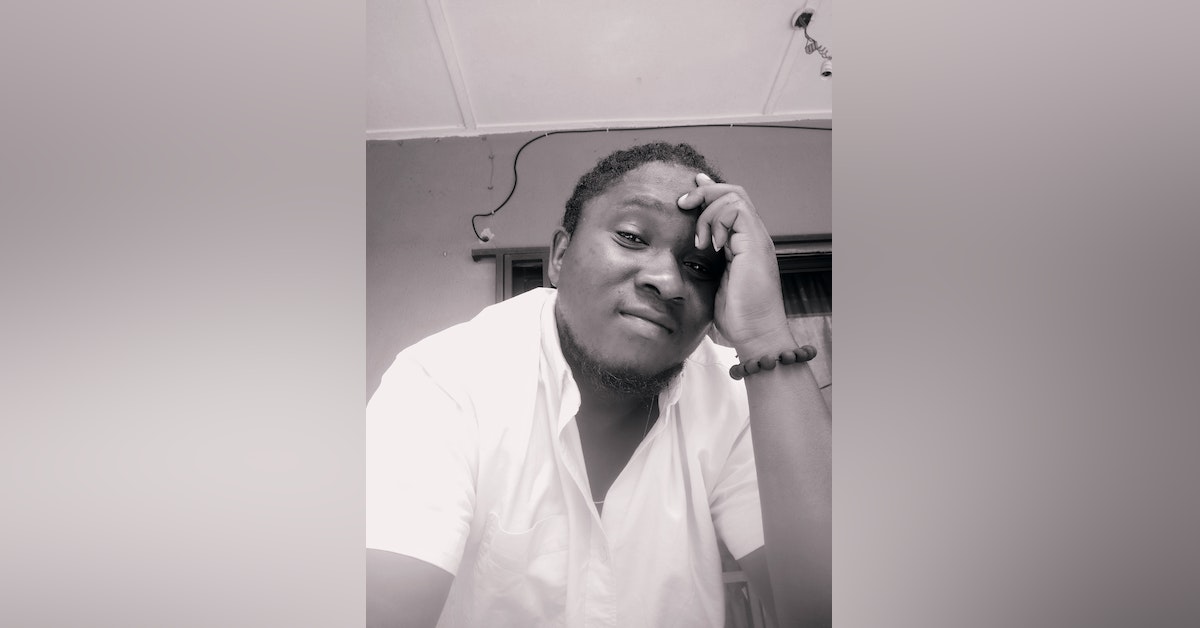 When I began podcasting there was one mantra that always stuck tightly at the back of my mind. It was: "try not to overthink anything. Just do it." I stu… 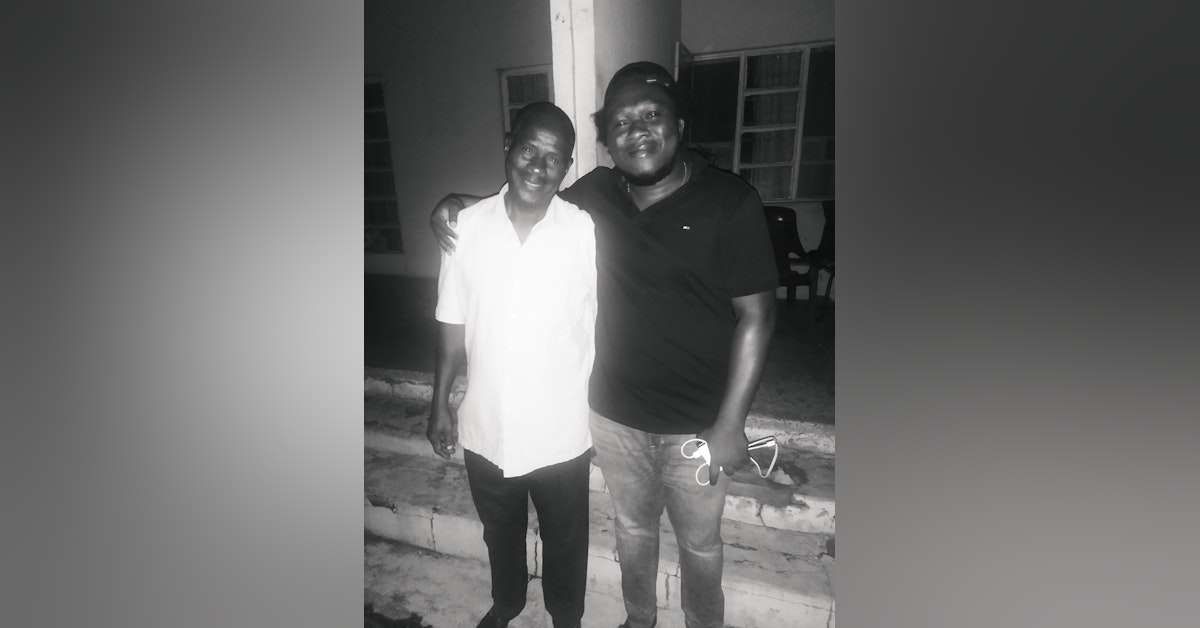 So, I went home three weeks ago to see my parents and my siblings, and it was the first time I would be seeing them in almost two and a half years. Truth…